Donald Trump, having dealt with the blacks and the hispanics and refused to concede the election turns his attention to the next group to get the blame for all the troubles of his time – the Irish Diaspora in the USofA.

After much trouble and persecution the Irish-Yanks demand a catholic homeland – Ireland won’t have them  because they are now seen as Americans not Irish and Ireland has ditched its religious ties.

An international convention decides that they should be given Cornwall, being part of the Celtic Crescent and a bit like Ireland, as a new homeland. They would have to share it with the Cornish, but there is plenty of space. And in return the Cornish will see the land of Cornwall recognised as an independent state, not part of the hated England. It’ll be called Eirewall.

At first it seems ok, but pretty soon the Irish-Yanks flooding in overwhelm the Cornish and start to squeeze them out of the best bits. They get control of the Eirewall government and invite all the other Irish diasporas to come and join them.  The international convention designates the West Penwith area (Penzance & St.Ives to Land’s End) and a strip of land in East Cornwall along the Tamar from Saltash to Launceston as being Cornish territories with the rest being for the Irishonists. 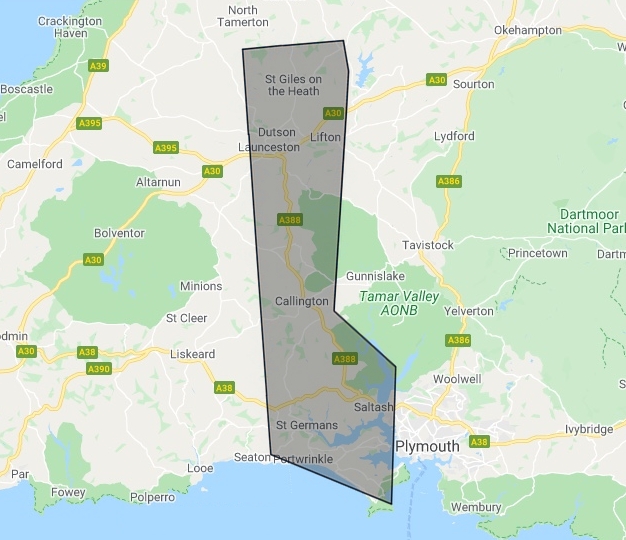 Gaza-on-Tamar consist of a eight mile wide strip of land up the Tamar from the sea to Launceston. That is the same size as the Gaza strip in Israel.

Imagine that four times the entire current population of Cornwall is forced to move there. There are about 500,000 people in Cornwall today and about 2 million Palestinians in Gaza.

Imagine that to the East you are absolutely prevented from entering England (the Mediterranean Gaza coast is patrolled by  Israeli military and no access is allowed).

To the West the Irishonists, who now control all of Eirewall/Cornwall, construct a fence and have five gates through which you can, with difficulty, sometimes travel into Eirewall – you will be searched and routinely humiliated at the border. All goods have to pass through Eirewall to reach foreign markets. Gaza-on-Tamar was famed for its fruit and flowers, but exporting now is almost impossible. If you want to visit your old allotment you will probably find it has been taken over by an Irishonist family as you had “abandoned” it. If you want to visit your mother’s grave you may find it is now covered by some new Irishonist development.

The Irishonists have massive military power and routinely overreact when the Cornish try to make any protest about their conditions. They are supported by Trumpland and its puppets, but no-one outside stands up for you, the Cornish. The world shrugs in the face of Trumpian hegemony.

Welcome to Gaza-on-Tamar. You are now a Palestinian. Your land has been stolen, your heritage abused and torn down, your culture destroyed, and you are blamed for your own misfortunes.